Flower of the Month

Essential Wax of the Month

This entire website contains affiliate links and will be compensated by making sure that My Life As A Mom stay-up-to-date when you make a purchase after clicking on my links. :

Enjoy Some Delicious Wine For The Holidays

Celebrate with a glass or a bottle of your favorite wine for the Holiday Seasons. Look forward to seeing these delicious wine to purchase from one of these wonderful companies. 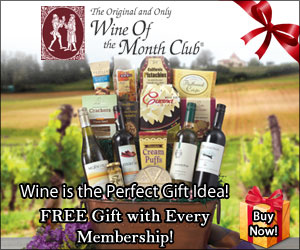 Wine of the Month Club

The holiday season is among us and even though we might not be able to see some of our love ones for the holiday’s we can still send them a wonderful gift from the heart. Today I will be sharing some great gift ideas that you can get for your love ones for the holiday seasons. Kids is one of the reason why we love Christmas to see their faces in the early morning after Santa drop off their toys the night before under the Christmas tree. Seeing their little faces on the morning of Christmas Day is one of the best joy that any parent love to see. Check out the list below for some great ideas to get your love ones for Christmas.

Here are some fun gift ideas to get your child for Christmas:

I want to tell you about this social app I came across call VidDay. Its a social video maker to send to your love ones far away for the holidays, birthday, or just any special announcement and occasions. This year has been a little different and some of us will not be going home for the holiday’s to see our families so VidDay is helping all families to stay connected with their loves ones during the holiday’s season. Check out the video that I made for my mom for the holiday season.

The process of making this video for my mom was very easy and very quick. All I did was find some pictures on my phone and computer uploaded it to VidDay, choose the music and the background theme. After I made sure everything was uploaded properly I rearranged my photos to my liken and submitted my final piece. Most published videos are ready within the hour but can take up to 6 hours. I had fun making this video for my mom and when i sent it to her she loved it so I know that you loved one will love it, too.

If you would like to make a video and send it to one of your love ones for the holidays. Click on the link below to start making your video message today.

Christmas With Me Pt. 2

All Christmas Items are out and ready to be organize and put up. Can’t wait to show you guys the finish product. 🙂

Book of the Month

This post is affiliate with Amazon when you click on my links below I will be compensated with each purchase.

Their reunion just became a crime scene . . .June Moody, a thirty-something English
professor, just wants to get away from her recent breakup and reunite with girlfriends over
summer break. Her old friend and longtime nemesis, Sadie MacTavish, a mega-successful
author, invites June and her college friends to a baby shower at her sprawling estate in the
San Juan Islands. June is less than thrilled to spend time with Sadie–and her husband,
June’s former crush–but agrees to go. The party gets off to a shaky start when old grudges
resurface, but when they wake the next morning, they find something worse: Sadie is
missing, the house is in shambles, and bloodstains mar the staircase. None of them has
any memory of the night before; they wonder if they were drugged. Everyone’s a suspect.
Since June had a secret rendezvous with Sadie’s husband, she has plenty of reason to
suspect herself. Apparently, so do the cops. A Celtic knot of suspense and surprise, this
brooding, atmospheric novel will keep you guessing as each twist reveals a new possibility.
It will remind you of friendships hidden in the depths of your own past, and make you
wonder how well you really know the people you’ve loved the longest.

Jody Gehrman has authored thirteen published novels and numerous plays for stage and screen. Her suspense novels include Watch Me and The Girls Weekend. Her Young Adult novel, Babe in Boyland, won the International Reading Association’s Teen Choice Award and was optioned by the Disney Channel. Jody’s plays have been produced or had staged readings in Ashland, New York, SanFrancisco, Chicago and L.A. Her newest full-length, TribalLife in America, won the Ebell Playwrights Prize and received a staged reading at the historic Ebell Theater in Los Angeles. She and her partner David Wolf won the New Generation Playwrights Award for theirone-act, Jake Savage, Jungle P.I. She holds a Masters Degree in Professional Writing from the University of Southern California and is a professor of Communications at Mendocino College in Northern California.

To get her book today click on the link below:

Art of the Month